Game of Life is a React App built for my final project at Lambda School. I built this project with React and the React Context API. This project required a lot of thinking and planning about the game's algorithm, animation and various pieces of state. 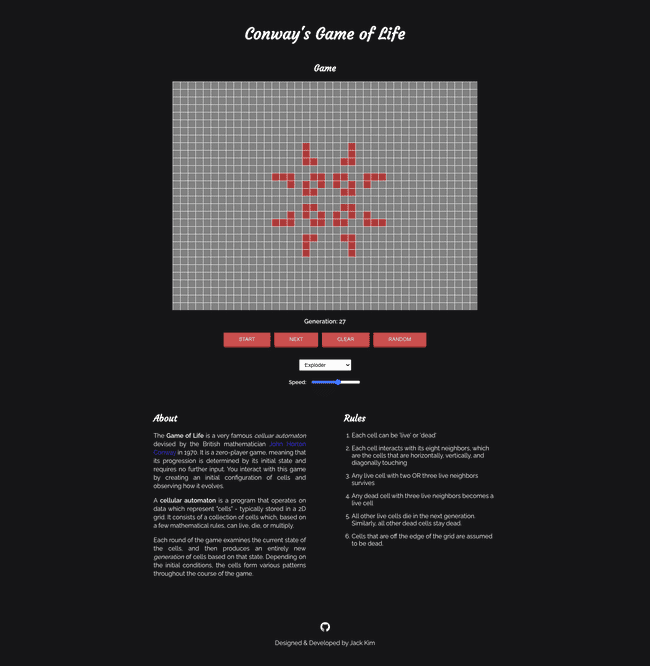 The goal of this project was to meet all of the project requirements. I had a timeframe of two weeks to complete this project starting from scratch.

Game of Life is built with React as the UI library, React Context for state management, plain CSS for styling, and Netlify for deployment.

The first step I took was to create a basic wireframe to lay out how the app should look. Given the minimal amount of content, a sketch on my notepad was sufficient.

The next step was breaking down my sketch into different components: About, Cell, Controls, Grid, and Rules. After initializing the codebase with these components, I added some basic styles and wrote the text content.

With the structure of the app in place, the next challenge was planning the state management. To avoid prop drilling, I relied on React's Context API. I ended up with three different pieces of global states: the grid size, the grid cells, and live cells.

The biggest and final challenge was writing the algorithm that examines the state of the cells and applies the rules of the game to update the state. This was heavily tied to planning the state management as well. Ultimately, I overcame this challenge out by breaking down each step and walking through the algorithm with pen and paper. 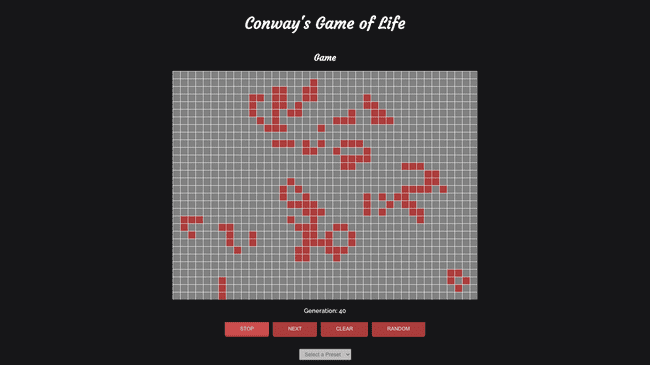 This project helped to reinforce my React knowledge, especially around state management. It also improved my problem solving skills. I learned how to break down complex problems into smaller sub-tasks to really understand the essence of the issue.

← back to all projects