SoMe is a project built during my internship role as a Labs Team Lead at Lambda School.

SoMe is a web app that makes it easy for users to streamline and optimize their social media presence. It was built by a cross-functional team of 3 data scientist and 4 web development students. 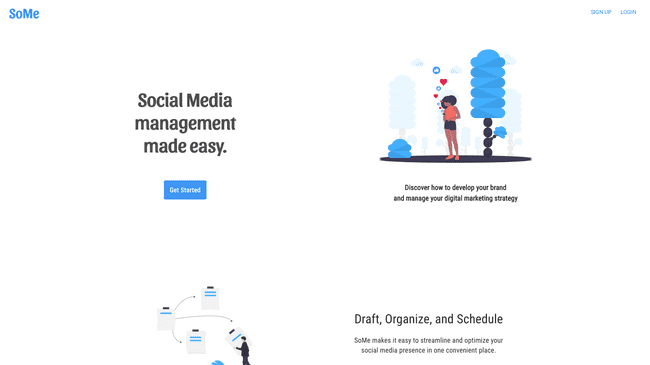 Lambda School Labs is a 8-week full software engineering apprenticeship built into the course that simulates a real-world development workplace. Our goal was to deploy a minimum of two new features by completing two Agile iterations.

The first two weeks were spent getting familiar with the team and planning our roadmap. During this process, we researched and refined our user personas, examined the inherited codebase, met with our stakeholder, and came up with a list of features.

After our planning phase, we ended up with three release canvases (with a two week timeframe for each): 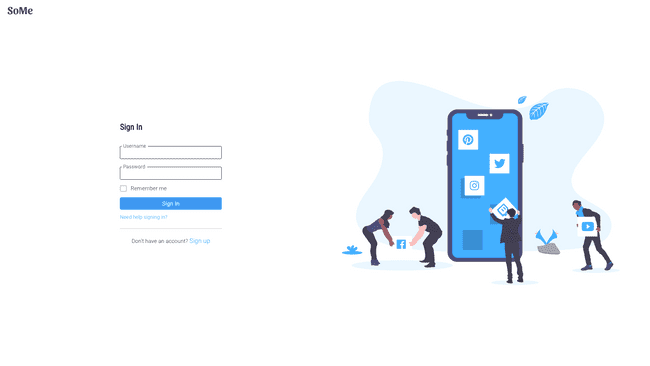 SoMe's front end is built with React as the UI library, Redux for state management, Material-UI as the styling library, and styled-components for customized styles.

The back end is built on a PostgreSQL database for data persistence and Express for routing and middleware. The Express router is connected to our data science team's API which processes data from the Twitter API. We used Okta as our identity provider and Jest for unit testing. 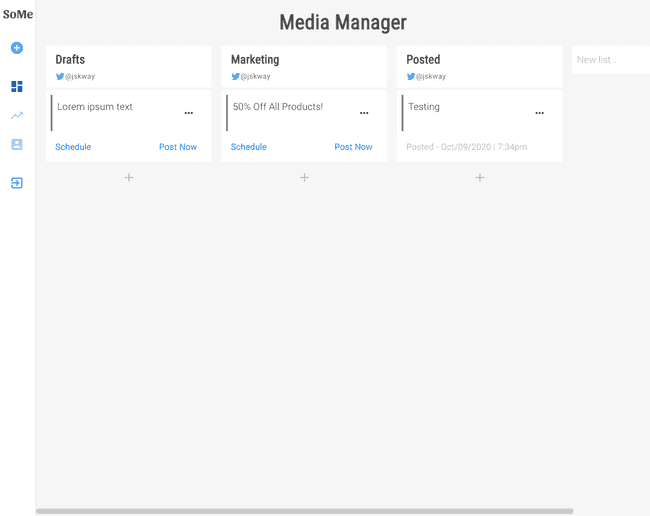 The first challenge we encountered was navigating and comprehending the existing codebase. We also discovered that the previous team had exposed their private API keys on Github. Security was priority, so we resolved this issue first by setting up new keys and making sure to keep our .env file private.

The next step was refactoring the codebase to improve maintainability and scalability. During the process, we found duplication of user account data along with issues with the Okta integration. We lacked sufficient knowledge about Okta and OAuth2.0, so I found relevant resources and documentation and shared my findings with my team to get us up to speed. I learned a ton about OAuth flow and managing tokens (from Okta and Twitter).

The next challenge we faced was redesigning the UI without a designer on our team. To get around this, I asked the team to gather images of similar apps for design inspiration. And Aja, one of our web team members, volunteered to create mockups on Figma. With the redesign, we were able to display a new analytics dashboard that integrated with our data science team's API.

The last challenge was getting adequate test coverage on our codebase. The experience I gained from taking Kent C. Dodd's testing course on Front End Masters came in handy. I conducted pair-programming sessions with my web team members to lead them through the process. 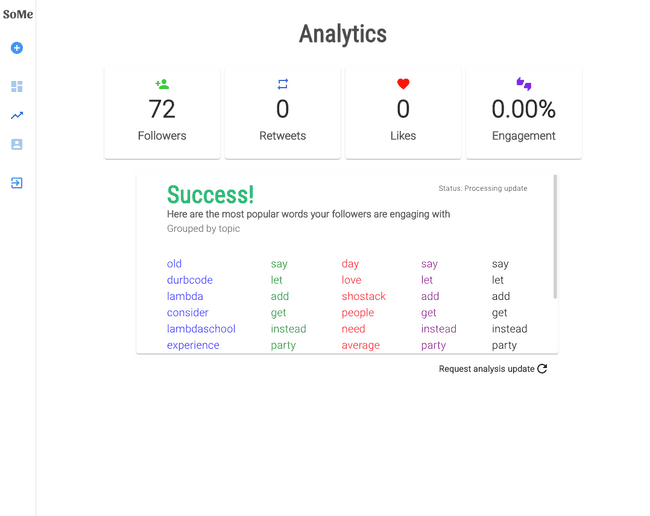 This project helped to reinforce my React and Redux knowledge, such as handling async actions or creating mocks for testing. I also learned a ton about OAuth 2.0 and how to handle various identity and access tokens.

In addition to overcoming the technical challenges, I learned a great deal about how to lead a team and effectively resolve interpersonal conflicts.

← back to all projects